What My 2 Broken Arms Taught Me About Business & Healing

I was in kindergarten. I was on the playground playing tag, and I tripped and fell and rolled down a hill. My mom came and got me from school. I went to the doctor and got a cast from my right thumb all the way up to my elbow.

It was white plaster, and back in the day, all of my friends autographed it with black sharpies.

I still remember a picture of me with my long hair in ponytails sitting on my yellow banana-seat bike with my arm in that white cast. (Remember those banana-seat bikes? I thought they were so cool.)

And would you believe, just this past November, I broke my arm. Again. Only this time, I broke the OTHER arm. My left arm. (And, yes, I am left-handed. Ugh.)

I remember that when I was little I thought that the cast itself was what actually healed my broken arm.

I thought that hard cast of gauze and plaster that the doctor wrapped around me was what CAUSED my arm to heal. As if whatever the doctor did and that white plaster cast had magical healing powers in and of itself.

But this time, when I broke my arm, I had a huge paradigm shift about that cast.

It might sound obvious to you, but it didn’t hit me until I was like “Ohhhhhhhhh! Nooooow I see!”

I realized that the cast itself wasn’t what healed me.

The cast provided a hard outer layer of protection so that my arm wouldn’t be disturbed.

The cast was simply there to protect my vulnerable arm from further injury while it was healing.

The cast was there for support to let my body relax so it could heal BY ITSELF and to provide a hard casing so I didn’t have to worry about my arm being hurt further.

The cast was the “masculine” structure that held the space for the “feminine” healing to happen.

My arm did the healing.

The cast was what ALLOWED the magic to happen.

And then I realized….

The cast was an analogy for EXACTLY what happens when you put legal documents in place.!

The legal documents hold and protect your biz and brand so you can just relax and create.

The legal documents are what keep you safe so you don’t have to worry about being hurt.

The legal documents – (like the casts!) – support you to allow the magic to happen. 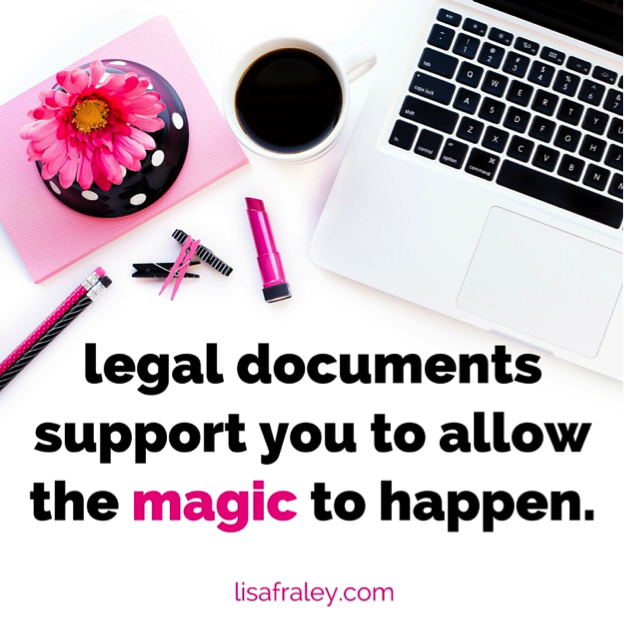 What legal documents do you have in place that allow your magic to happen?

I’d love to hear about them! Tell me all about it below.

If you need to get your legal documents in place, there’s no time like the present! You’ll love my 8 new DIY legal templates that you can do in less time than watching Sundays’ episode of “The Good Wife” and that don’t break the bank! (Promise!)

Here’s to getting legally covered, to eye-opening paradigm shifts, and to allowing the magic to happen!

p.s. Check out 8 NEW DIY legal templates that you can use to protect yourself and your business – everything from Website Disclaimers to Client Agreements to Privacy Policies and more!

Grab a cup of tea and get legal in less than an hour! 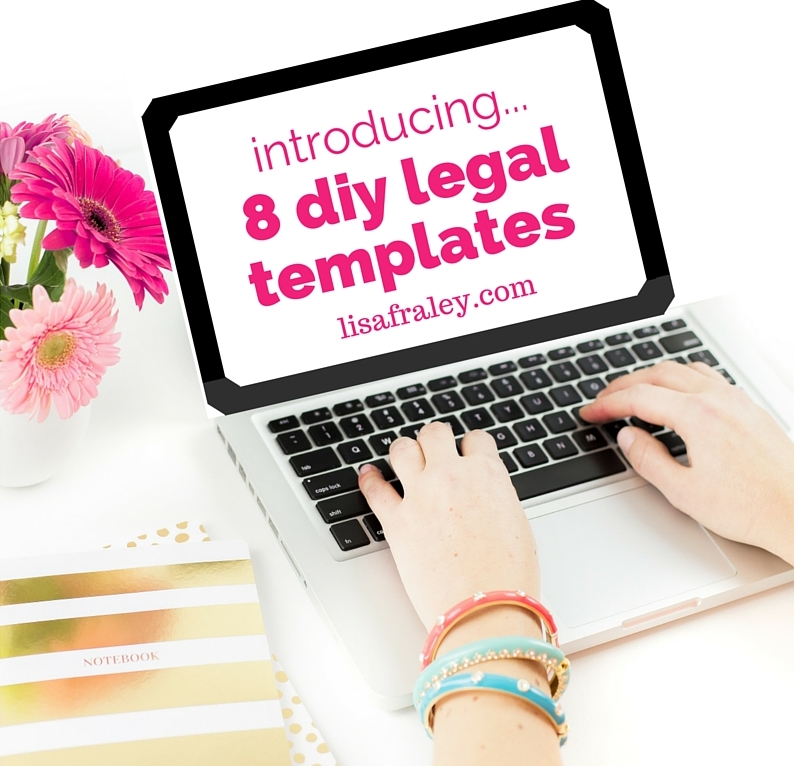